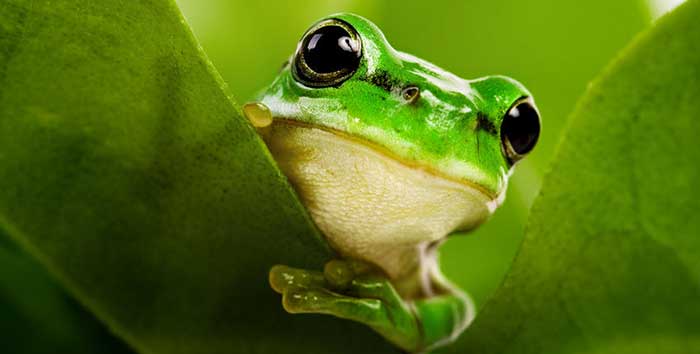 After 25 years of practicing allergy, I have diagnosed and treated patients with allergies from many creatures that roam our beautiful earth. I have:

But I came up against a new animal allergy that I hadn’t treated before.

I thought I had seen and treated every possible animal or pet-related allergy. That is until this past week when an adorable 6-year-old boy I have been treating (with my sublingual drops) for severe pollen allergy showed me a picture of the frog he picked up near his home.

The frog was not like the adorable Kermit the frog we all have come to love from Sesame Street. It was more like a toad. But that didn’t bother me. My bigger concern was what the boy’s mother told me. She said the two times her son picked up this frog he developed a full allergy body rash.

Her question was “Is he allergic to frogs?” I had to be honest, I had never experienced or even knew of a case of frog allergy. But I assumed it was possible and told her I would look into it.

It turns out frog allergy does exist in medical reports. It is rare, but the few documented cases in which individuals are allergic to frogs are interesting to note.

One case involved a lab worker who was dissecting frogs for medical experiments. He developed a rash and had trouble breathing after he prodded his finger with a needle that had been exposed to frog tissue. The report states they did special blood tests that confirmed he was indeed allergic to the frog.

Another case is not for the queasy stomach types. A 6-year-old girl was admitted to hospital for an episode of a severe allergic reaction after eating boiled frog legs. You may know frog legs are a delicacy in France. Thank goodness, Americans think of corned beef as our deli treat.

It is important to note for hygienic purposes that frogs (in Latin Rana esculenta) are not the cleanest amphibians. They also secrete numerous oils and toxins on their skin to keep predators away. As my patient’s reaction was just a rash, he may have had an irritant reaction from touching the skin of this frog instead of an existing frog allergy.

Either way, my recommendations for my patient are no touching the frog without gloves in the future, and definitely no frog legs for dinner!