While reading the May 15th issue of Internal Medicine News, I came across an impressive article entitled, Elimination Diet Sweeps Away Esophagitis. The article cites a recent study by Dr. Nirmala Gonsalves and her group at Northwestern University in Chicago who studied how an elimination diet was able to reverse Eosinophilic Esophagitis in 50 adults. 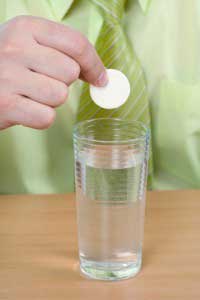 Eosinophilic Esophagitis is a fairly new disease entity that is often recognized in patients who have been told that they suffer from heartburn despite not responding successfully to medications designed to decrease acid production. EE is diagnosed when a gastroenterologist does an upper endoscopy biopsy and finds more than 15 eosinophils. The eosinophil is a type of white blood cell that is found in the bloodstream in small amounts but that rarely occurs in the body’s tissues. Eosinophils are typically associated with allergic reactions or parasitic infestations in under-developed countries.

Up until recently, doctors had no clue as to what caused this disease and what made it worse. Now evidence is emerging that shows the prominent role food allergies play in triggering Eosinophilic Esophagitis. Eliminating the problem foods can actually reverse the growth of the disease without medication! A study published in Gastroenterology (June 2012) showed that when patients eliminated milk, soy, egg, wheat, peanuts/tree nuts, and shellfish from their diet, the eosinophils decreased to less than 10 in 78% of the patients – impressive! The most common food triggers were wheat (60%) followed by milk (50%), soy (10%), nuts, and eggs. Remarkably, none of the participants were aware of any food allergies or intolerances prior to the study.

Unfortunately, prick skin allergy testing only helped predict the causative food in 13% of cases. I think the reason for this is the immune mechanism: prick skin testing, where the skin is lightly punctured with a plastic toothpick-type instrument, helps detect when IgE immediate allergy is involved. I am aware from other studies, particularly Dr. Jonathan Spergel’s at The Children’s Hospital at the University of Pennsylvania, that allergy patch skin tests have much higher accuracy for diagnosing these food allergies, which implies that T-cells are likely involved in directing eosinophils. 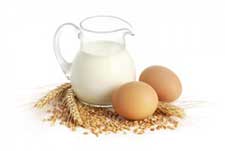 I ran into Dr. Spergel at the American Academy Allergy meeting in Orlando this spring and, in a brief conversation, he mentioned to me he has seen a dramatic improvement in many children diagnosed with Eosinophilic Esophagitis by eliminating the aforementioned 6 key foods. Failing to eliminate the problem foods resulted in a progression of the disease process with pathological changes in the esophagus, requiring inhaled or oral steroids to try and control the disease. The message is clear: work with your doctor to figure out if you have this condition and try and find the food or foods that need to be eliminated.

While we’re on the topic, I’d like to mention a book that discusses a more common type of heartburn –Gastroesophageal Reflux. Dropping Acid, by Dr. Jamie Kaufman, is a wonderful collection of recipes for the patient that suffers from Reflux and needs to know what foods are high in acidity. I recently met with Dr. Kaufman and we had a chance to discuss the importance of helping patients better understand why they get Reflux. Dr. Kaufman gave me a quick pearl: “Green is good, yellow-orange is bad,” meaning that the color of food can be a clue as to what may give you trouble.

A wonderful nutritionist I know for several years, Wilma August, always reminds me that “food is meant to be energy for the body.” Choose what you put in your mouth wisely and your body will thank you for it.